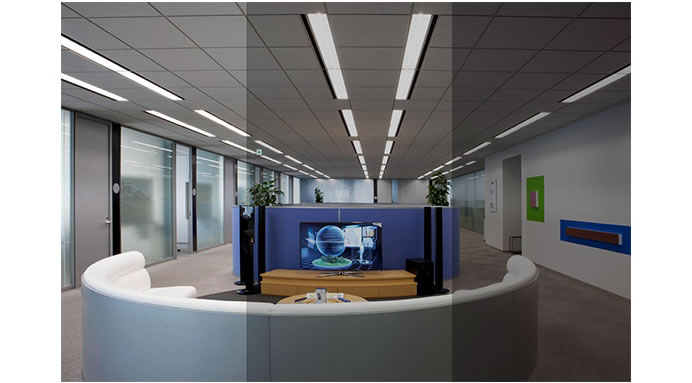 Unlike the current market offering, this industry-first LED Tube does not require an external driver for dimming; rather, it’s built directly into the lamp and can easily operate with existing switches.

Additional features of Samsung Self-Contained Step Dimming LED Tube include: AC Direct three level step-dimming ranging from 100 percent to 40 percent to 15 percent, Up to 50,000 hour life providing maintenance free operation, Wide beam angle of up to 220 degrees and up to 140 lumens per watt, ranked as one of the best on the DLC qualified products list.