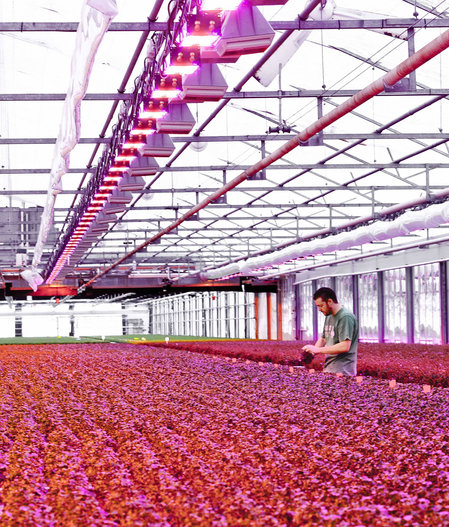 A recent pilot project, completed in cooperation with Fionia Lighting A/S and the Osram distribution partner Arrow in Denmark, confirmed the enormous energy-saving potential of LEDs in horticultural applications. As part of the project, Fiona Lighting A/S developed a luminaire system specifically for greenhouses which was equipped with a total of approximately 50,000 Golden DRAGON Plus LEDs. Over a cultivated area of several thousand square meters it was possible to reduce power consumption by 40%. Golden DRAGON Plus and OSLON SSL LEDs with their efficiency of 37% are among the most efficient light sources on the market in the deep red range (660 nm wavelength).

Dr. Christoph Gärditz from the SSL Business Development department at OSRAM Opto Semiconductors explains:- If the emission curve of the light source is mapped against the spectral sensitivity curve of the plant (according to DIN 5031-10) the system luminous efficacy with LEDs is 60% higher than with the high-pressure sodium lamps currently used. The combination of deep red and blue LEDs offers impressive energy savings in this project as well.