Toshiba today announced that Toshiba Group has donated and installed LED lighting and a photovoltaic power system to illuminate the Golden Hall at Chuson-ji, a Buddhist temple and UNESCO World Heritage Site in Iwate prefecture, northeast Japan. The photovoltaic system has a 5kW output capacity that feeds into the temple power supply, and more than compensates for power consumed by the LED lighting. The system is built on the roof of the souvenir shop near the Golden Hall, with no visible impact on the temple’s scenic beauty, and respects the philosophy of Chuson-ji by delivering natural, renewable energy. Even more care has been taken with the lighting of the Golden Hall, in respect of its historic and cultural importance. 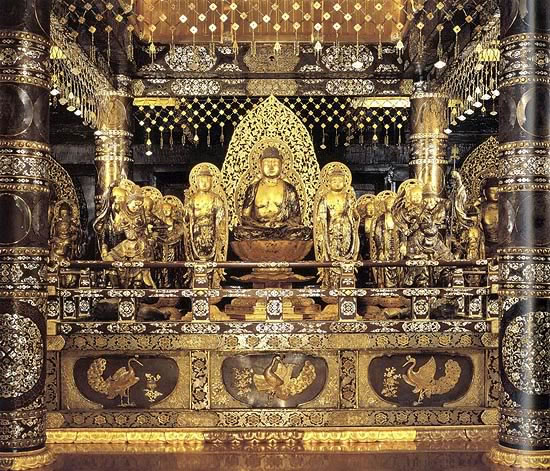 The lighting is designed to complement the decoration and the artifacts, not to compete with them, and to make it seem as if the light originates within the objects, not outside them. The philosophy of Chuson-ji is to live in peace and in harmony with nature, and the temple compound is renowned for its atmosphere of serenity and spirituality. Toshiba has respected this in its work at the temple and the lighting of the Golden Hall. The lighting will be switched on at a ceremony at the temple on September 22.