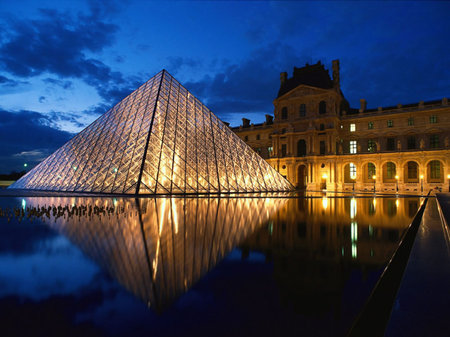 Toshiba LEDs to light up the Louvre Museum

Toshiba will help to light up one of the world’s most popular museums under a partnership agreement with the Louvre Museum in its lighting renovation project. Under the agreement, Toshiba will support lighting renovations in some of the museums most visited public spaces with provision of its state-of-the art LED lighting and renovation costs. As one of one of Europe’s oldest and most storied museums, the Louvre is aware of the need to replace energy consuming xenon lighting with an environmentally friendly solution. Toshiba is able to deliver this with its energy saving low-CO2 LED lighting, and will use its industry-leading products to illuminate some of the Louvre’s most familiar spaces.

Under its partnership agreement, Toshiba will provide the LED lighting for the Pyramids that greets visitors as they approach the museum, the Napoléon Court, and the Cour carrée, the main entrance to the museum. Renovation and installation of the Napoléon Court and the Pyramid will be completed within 2011, and the Cour carrée is expected to be renovated within 2012. High beam lamps for the Pyramid; lighting and high-beam lamps to illuminate walls; beam lamps for roofs. A total of some 4,500 light fittings (planned).