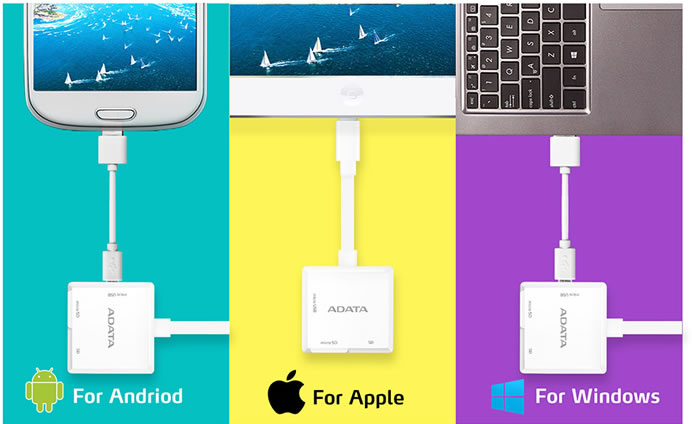 ADATA today launched the AI910 Lightning Card Reader Plus. The ADATA AI910 Lightning Card Reader Plus carries official Apple MFi certification and is designed for easy interconnectivity between iOS, Android, and Windows. Featuring SD and Micro SD slots with support for up to 256GB capacity, the AI910 is a three-way device, allowing users to backup, read, and share content across iOS, Android, and Windows. 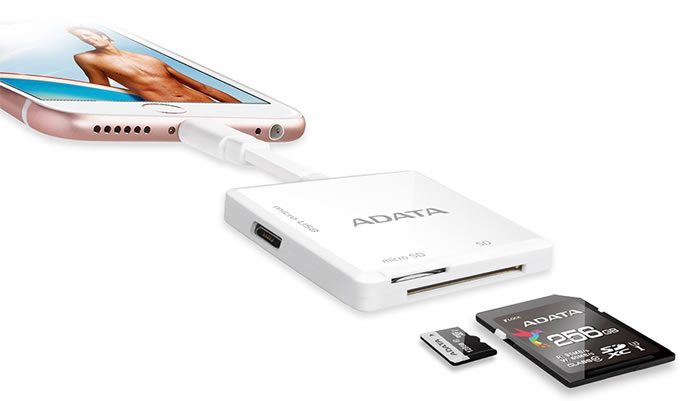 The proprietary ADATA i-Memory app enables easy data management, with support for nearly 40 file formats, Ultra HD 4K video, and files larger than 4GB. The AI910 carries Apple MFi certification, and has been designed to bridge the gap between platforms. Thanks to the inclusion of USB cables and tested compatibility, it works with iOS, Android, and Windows. Data transfer speeds through the Lightning connector to iOS devices are up to 30MB/s read and 20MB/s write. 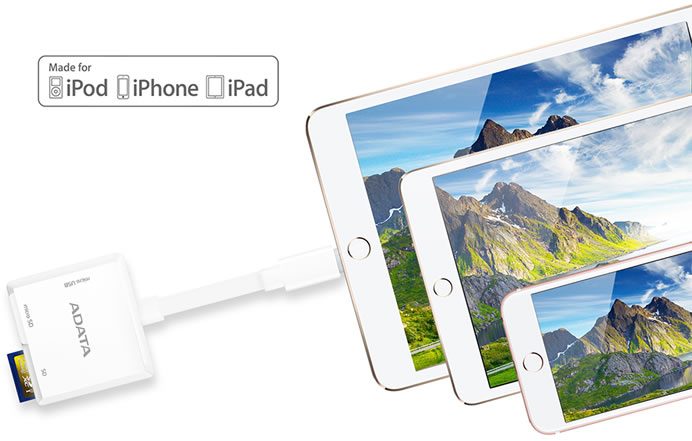 AI910 Lightning Card Reader Plus is perfect for DSLR and action cam users, as well as designers and anyone that wants two-way content movement with three-way operating system support that applies to virtually every device available: smartphones, tablets, laptops, and desktops. It has a Lightning connector (MFi certified) and ships with Micro USB/USB cables to ensure seamless connectivity out of the box. The AI910 is covered by a two-year warranty.