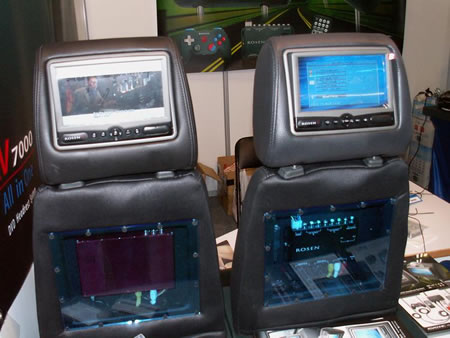 Asiasonic International Industrial Co., Ltd. of Taiwan has demonstrated “AV7000,” a car AV system that can be installed in the headrest of the driver’s or front passenger’s seat of a vehicle for viewing from the rear seat at the “CarTronics Taipei 2006.” The AV7000 is a display-integrated device with player functionality for DVD, CD and MP3 as well as gaming capability. When installed in both the driver’s and front passenger’s seats, the two systems can be controlled as one unit. As an AV system with a display installed in the headrest, it is “the most fully equipped system in the world,” boasts an Asiasonic’s spokesperson. The system employs 7-inch LCD panel with an aspect ratio of 16:9. As for the gaming capability, it can provide 15 types of games that use 3D graphics. It is equipped with an AUX terminal.

The terminal allows, for example, the video images generated by the game console that is carried into the car to be displayed on the AV7000 screen. By connecting a digital TV reception module to the module that controls two AV7000 systems, the passengers can watch digital TV programs.The AV7000 is widely applicable to headrests released from a number of auto manufacturers. 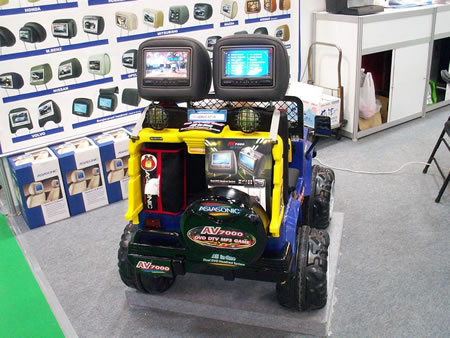