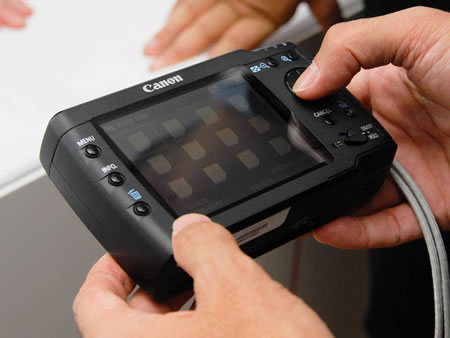 Canon during a press conference exhibited two media storage devices with 1.8 inch 30GB and 80GB HDD(4,200rpm ) capacity. The Canon Media Storage M30 and M80 can store digital images, movies, and audio tracks and comes with CF/SD memory card slots. Both the media device comes with a USB2.0 socket for quick connection and download. The data transfer rate from CF to HDD is 4.1MB/sec and SD memory card to HDD is 3.8MB/sec. The 3.7-inch screen with 180 degrees angle of visibility can display histogram also. 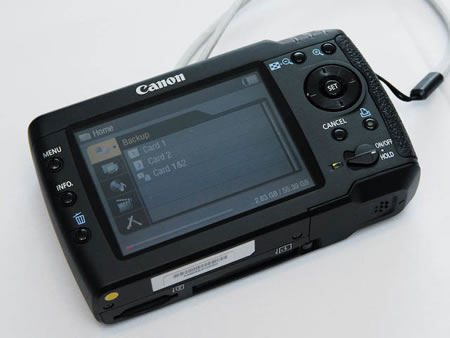 Other features include PictBridge functionality, and an audio-out headphone jack. The Canon media players M30 and M80 is powered by lithium battery BP-511A which is common with Canon EOS 5D/20D/30D.Availability and price will be announced later.
Via Canon (Japanese)