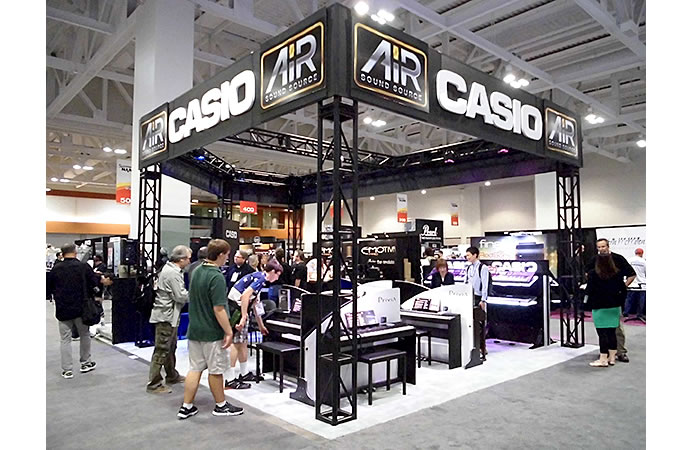 The Casio booth at Summer NAMM 2014 held in Nashville (from July 17 to 19) presented a diverse line-up of electronic musical instruments, including digital keyboards and synthesizers, as well as the CELVIANO and Privia series of digital pianos featuring the AiR Sound Source technology. The booth was also equipped with a stage with a PX-5S stage piano and XW synthesizer, which staff used to play demos.

This was also the first public appearance for the Casio CTK-2400 sampling keyboard. The CTK-2400 is a model that allows easy sampling at the touch of a button. This model’s exhibit attracted a great deal of attention, including local media stopping by to gather information and large numbers of interested visitors. The event featured Tom Brislin, who recently signed up as Casio ambassador in the US, along with Nashville-based rock band Daniel Ellsworth and the Great Lakes and pop singer Marie Hines.Tom Brislin is an American keyboardist, vocalist, songwriter, and producer