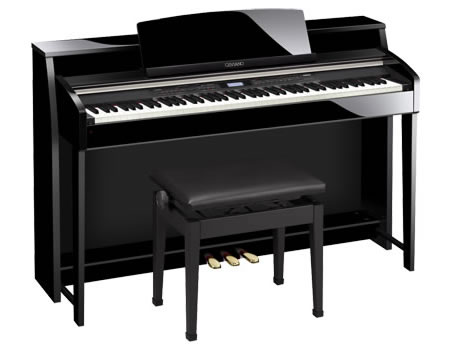 Casio announced today the release of three limited-edition digital pianos designed to commemorate the launch of its first electronic musical instrument Casiotone 201 thirty years ago in January 1980.Casio has equipped these new digital pianos CELVIANO AP-6, Privia PX-3 and Privia PX-7 with special design features such as a “Limited Edition” inscription. Based on the AP-620, the top-of-the-line piano in the CELVIANO series, the AP-6 has been beautifully finished in a black polish even more befitting a grand piano. Equipped with a high-output amplifier and four 2-way speakers, a damper pedal with continuous half-pedal operation, 250 various instrument tones, and an SD memory card slot, the AP-6 inherits the high specs of the AP-620 flagship model. 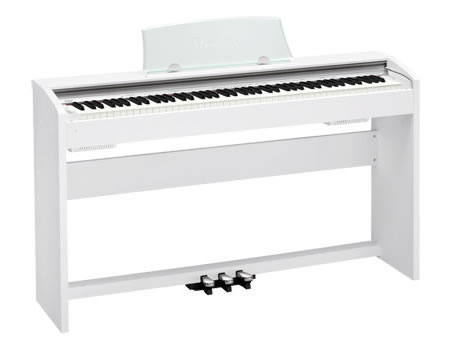 With a slim body like every Privia piano, the newly developed PX-3 is a genuine stage piano packed with functions that set it apart from standard models. With the high-performance Digital Signal Processor (DSP), 64 effects can be applied to two tones, and with two assignable buttons for allocating effects such as modulation, the PX-3 can be freely programmed for practically any kind of performance.

Based on the popular PX-730, the standard model in the Privia lineup, the PX-7 boasts a white wooden-like finish, with both the body and stand matching in color. The piano’s refined matte keyboard provides a comfortable surface for the fingertips, while its overall look and feel project a high-class image befitting a special model.