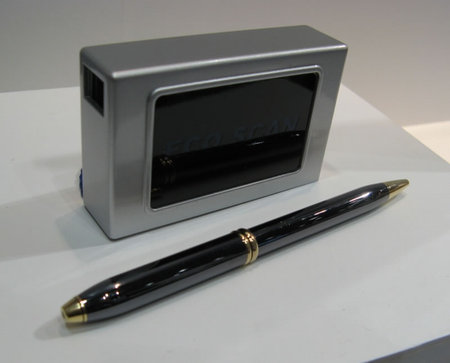 Nippon Signal, Japan exhibited an SVGA (resolution: 800 x 600) compact color projector that is as small as a cigarette case at Exhibition Micromachine/MEMS. Nippon Signal exhibited a prototype with the same resolution at the previous exhibition, but it was about the size of a lunch box (approximately 180 x 120 x 50mm). This time, the company reduced the size of the projector to about 1/8 (90 x 55 x 20mm) by reducing the size of the optical system such as lenses and the MEMS scanner that scans laser light beams in RGB colors. In addition to the size reduction, the quality of displayed images was significantly improved. The new projector used the semiconductor laser for the green laser light source, instead of the diode pumping solid state (DPSS) laser, which was used in the previous prototype. The adoption of semiconductor laser eliminated the need for an acoustic optical modulator (AOM), which was used along with DPSS, because the semiconductor laser light can be modulated by itself at a high speed. 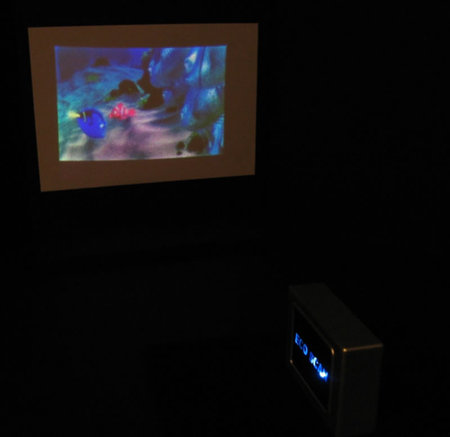