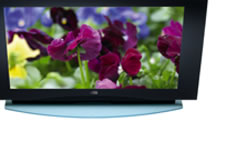 As part of the collaboration effort, SIM2 designed and developed the BLU, which drives the electronics of the LCD display, plus the BLU and BLU thermal management system. In addition to the prototype development, SIM2 will provide Dolby with manufacturing reference designs. Dolby and SIM2 are showcasing the prototype in New York City today and will be sharing its latest LCD display innovation in cities around the world.