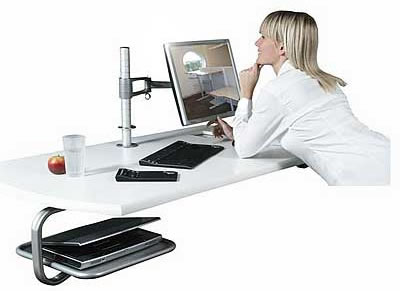 NEC Electronics, working jointly with Elpida Memory and Oki Electric, has developed novel packaging technology that will allow cell phones and other portable devices to be equipped with as much memory as a high-performance computer. The new technology places eight memory chips and one controller chip in a vertical stack, with three-dimensional (3D) connections between the chips, providing enough memory for demanding high-definition video and high-speed 3D graphics applications in a package slim enough for cell phones and portable game players. The key feature of the new technology is the way that chips in the stack are connected. Each chip has more than 1,000 pins on each side. The pins are connected to polysilicon electrodes built into the chips themselves, vertically piercing the chips from top to bottom. The chips are then connected to each other by high-density micro bumps spaced only 50 micrometers (µm) apart.

The entire package, including the controller chip, is very compact because each of the eight memory chips is only 50 µm thick. This technology will enable smaller form factors, faster operating speeds and lower power consumption in the next generation of mobile devices.
Via – Necl