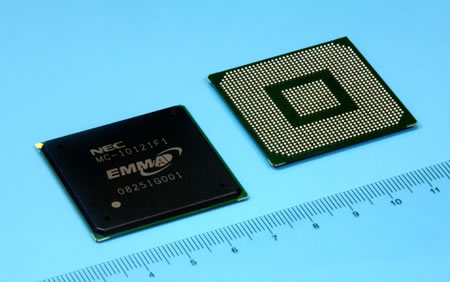 Sample shipments of the new LSI, EMMATM 3PF will begin in September 2008. In the future, this new product will make an important contribution to the integration of Blu-ray Disc playback into all audio-visual systems. Monthly production is expected to be 1,000,000 units from the fourth quarter of 2008.