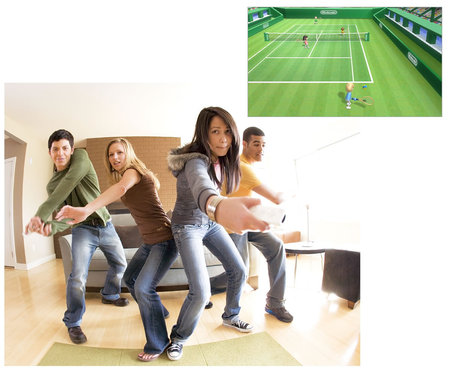 Desperate families pay up to £500 ($1035) in UK for a Nintendo Wii on internet. Chains such as Game, HMV, Woolworths and Tesco say they are receiving more stock only sporadically and the consoles are changing hands for up to £500 ($1035) on internet auction sites – a huge mark-up on their list price of £179 ($370). The supply problem stems from the fact that Nintendo is simply unable to keep up with global demand for the family-friendly Wii.

A shortage of one of this year’s must-have gifts is sure to cause tears and tantrums on Christmas morning. And the children won’t be too pleased either. The Nintendo Wii – pronounced ‘wee’ – is designed to be easy and fun to use, even for those who have never played a computer game before while the more expensive rivals, the Xbox 360 and PlayStation 3, are aimed more at dedicated gamers.