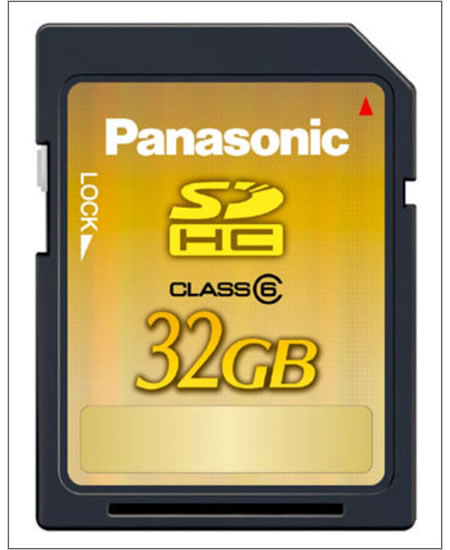 Panasonic, a leader in High Definition technology, today announced the development of the world’s first 32 Gigabyte (GB) SD High Capacity (SDHC) Memory Card with Class 6 speed specification, perfect for recording High Definition video. It has the ability to store up to eight hours of High Definition video. The card, launched alongside two SD card-carrying camcorders is described as “ideal for AVCHD High Definition video,” and can hold over five hours of full resolution 1080i video. In digital camera terms, the card should be able to store around 6800 images from the latest 12MP compacts (assuming an average file size of around 4.5MB per image). Or more than 190 rolls worth of 36 exposure film, for those who still think in such terms. Certainly it’s enough to last for even the most shutter-happy holidays. The card is also equipped with a new user-friendly labeling feature, which allows users to write titles or comments directly onto labels on the front and back of the card. Panasonic is planning to introduce the new labeling feature in its other SD Memory Card models, with a running changeover from the current card designs in spring 2008.