Samsung on Sunday launched the Armani Pavv television, a product of Samsungs collaboration with the Italian design star. Samsung released a 46-inch and 52-inch TV designed by Giorgio Armani himself.
After an enthusiastic response from consumers since the TV made its debut at the Milan Furniture Fair in April, the company decided to launch the TV in Korea. The Armani Pavv television sports a technology dubbed “Auto Motion Plus 120 Hz,” which reduces motion blur for twice the definition of normal HD TVs, and Infolink RSS, which connects it to the Internet. 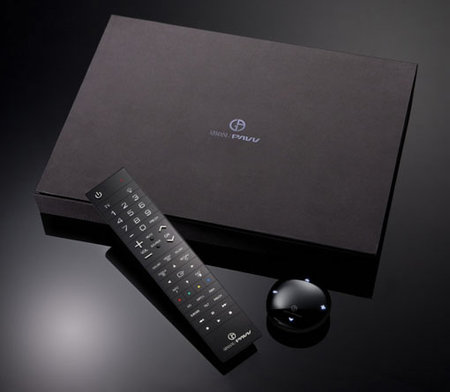 A limited number of Armani Pavv TVs is on sale in major department stores in Korea. The 46-inch model Samsung Armani Pavv television costs W6.99 million ( $6,865) and the 52-inch version W8.69 mil($8,530).
Samsung claims the combination of its flat television technology and Armani’s simple yet sophisticated design makes the TV an object of the highest functionality when turned on and a beautiful piece of furniture when switched off.