SanDisk today announced the Sansa TakeTV video player, a breakthrough media player that gives consumers a smart, convenient and affordable way to move video content from their PC to the TV, where it belongs. Using the Sansa TakeTV1 video player is as simple as using a USB flash drive: Simply drag video files to the TakeTV player, and then slip the player into its TV cradle. The cradle plugs into the standard A/V sockets of nearly every existing TV. Next, consumers are shown a simple, on-screen guide where they can quickly select the content they’ve stored on the Sansa TakeTV player, using the included remote control. 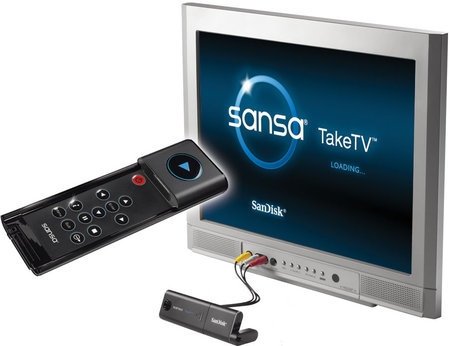 The sleek Sansa TakeTV video player will work with new and legacy TV systems via standard AV composite inputs or S-Video. With flash memory at its core, the device is small, durable and easily portable. 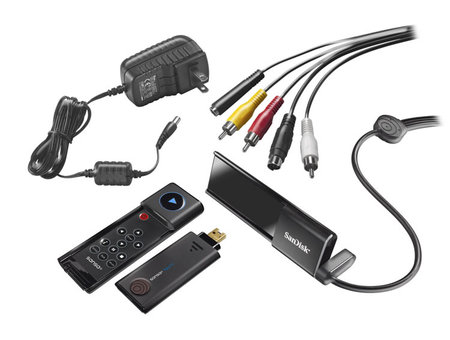 Sansa TakeTV supports a variety of video formats, including DivX, XVID and MPEG-43. The Sansa TakeTV player is DivX Certified for Home Theater profile. The player connects to any PC via a USB connector, and works with Windows Vista, Windows XP and the latest versions of Mac and Linux. SanDisk’s Sansa TakeTV flash memory-based player comes in a 4 GB capacity, which holds approximately five hours of video, and 8GB, which can hold up to ten hours of video. The 4 GB version is available for approximately $100 and 8 GB version for $150 respectively.