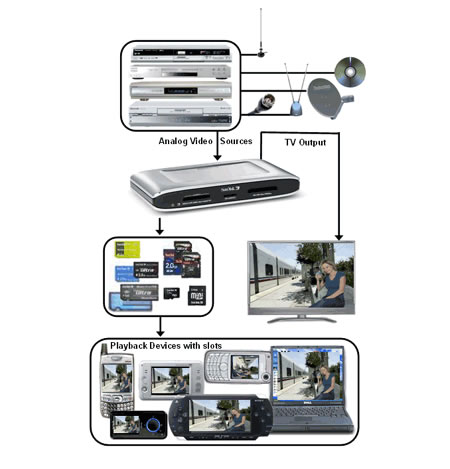 With a maximum recording resolution of 640 x 480 pixels, the V-Mate can also generate recording files for playback on larger screen devices such as the TV it is connected to or a notebook. The unit includes an infrared emitter. This will automatically turn on the TV tuner box (cable/satellite/terrestrial receiver or VCR) and select the right channel when programmed to record. The V-Mate measures just 5.1” x 2.6” x 0.8,” so it will fit snugly next to almost any-sized television. The SanDisk V-Mate, expected to be available in October 2006, will sell for $129.99 MSRP.
Via SanDisk