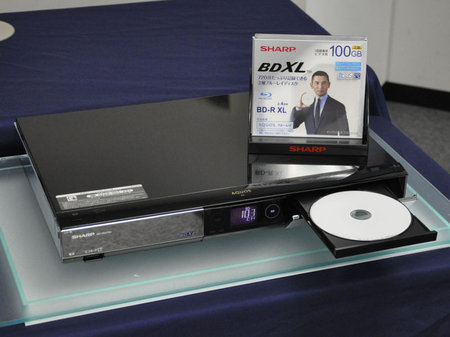 Sharp will introduce into the Japanese market two new models of Aquos Blu-ray Disc recorders featuring a disc drive that supports the new BDXL format for Blu-ray Discs and that enables recording and playback of triple- and quadruple-layer Blu-ray Discs, a world first. BDXL is a new format for multi-layer recordable Blu-ray Discs that expands the recordable storage capacity available on a single disc. The BDXL format allows for additional recording layers beyond the current dual-layer format (with up to 50GB in storage capacity) to provide triple-layer discs (100GB) and quadruple-layer discs (128GB). 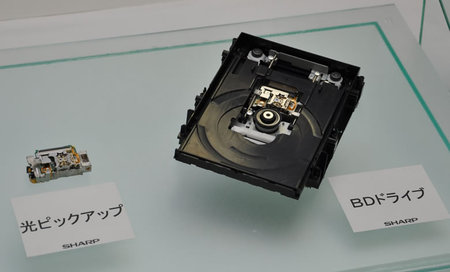 This disc drive is the first in the world to support recording and playback of BDXL conformant media. Its development is the product of a fusion and evolution of optical disc technologies, specifically, optical pick-up head and disc drive technologies that the two companies have nurtured over long years of involvement in this field.

Sharp will make maximum use of the basic technologies developed by PDDM related to optical discs, and through BDXL conformant Blu-ray Disc recorders and Blu-ray Disc media products, will lead the way at the dawn of this new era of super-large-capacity storage that will enable video recording with high image quality and for long durations. The new Sharp BD-HDW700/BD-HDW70 Blu-ray Disc Recorders will be available in Japan beginning July 30, 2010.