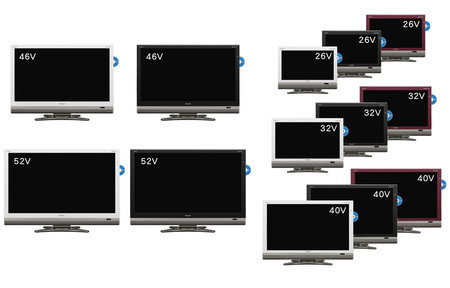 Sharp will introduce 13 new models (in 26V-, 32V-, 40V-, 46V-, and 52V-inch sizes) of the Aquos DX Series LCD TV with built-in Blu-ray Disc recorder. This second edition of the DX Series brings more advanced functions such as even better images and ease-of-use. The recording function is improved with the 7X extended HD video recording, which allows extended recording time while retaining the same exact full-HD quality as the original high-definition broadcast. Image quality has also been taken to a new level with the High-Picture-Quality Master Engine, as well as Clear Double Speed function for crisp, high-speed images. 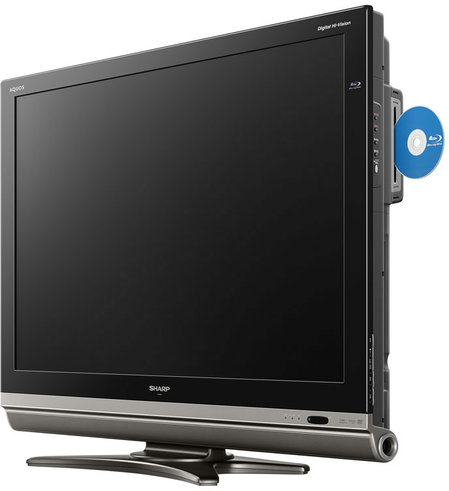 In addition, Image Select automatically sets the image and sound to match room brightness and type of TV and video program or scene. With the New Motion Guide, users can be watching TV while selecting another program on TV or the Internet, or a program recorded on Blu-ray Disc. These new Sharp DX Series models come in a choice of black, white, and red (black and white for the 46V- and 52V-inch models) so users can choose from various sizes and colors to match their viewing purpose and room atmosphere