Sony NSZ-GS7 Internet Player with Google TV will be available in U.S. on July 22

Sony today announced the availability and pricing of the NSZ-GS7 Internet Player with Google TV, originally introduced in January at CES. Powered by Google TV, the Internet Player will be available at U.S. retailers on July 22, priced at $199. Pre-orders begin on June 25, 2012 at www.sony.com/sonygoogletv. In addition to the NSZ-GS7 Internet Player, Sony’s newest Internet Blu-ray Disc player with Google TV, the NSZ-GP9, will be available at retailers in time for the holiday season, priced at $299. The NSZ-GP9 player features Sony’s proven Blu-ray Disc technology coupled with the robust Google TV platform. 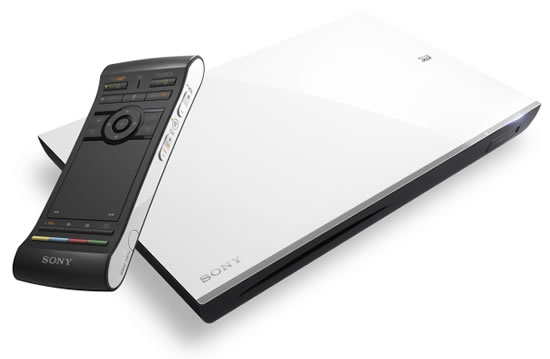 Sony’s NSZ-GS7 and NSZ-GP9 bring the best of Google to your TV, with new experiences arriving every day through the Google Chrome browser; thousands of supported mobile apps in the Google Play Store, including hundreds optimized for TV; YouTube with 72 hours of video being added every minute; and a global community of developers from around the world. Google TV’s cross search functionality shows viewers all content sources available from broadcast providers* and the Internet to deliver customized video results on demand. 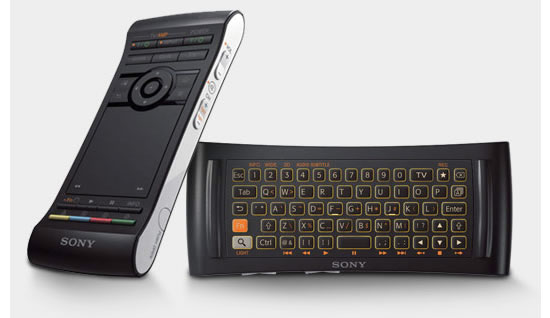 Both new products come complete with a redesigned remote control equipped with a backlit QWERTY keyboard, a touch pad for easy operation and a three-axis motion sensor to enjoy games. Additionally, the Bluetooth remote control can also be utilized as a universal remote to control connected devices such as TV, set- top-box and A/V receivers – the NSZ-GP9 Blu-ray Disc player even incorporates voice search capabilities.