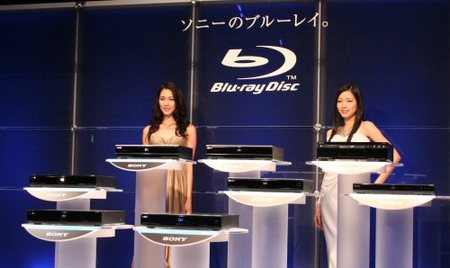 Sony’s new six Blu-ray Disc recorders feature its “CREAS” image processor LSI, which enhances color gradation for old TV sets. CREAS is effective for any existing TV equipped with an HDMI interface, no matter whether it is a Sony product or not. CREAS image processor LSI consists mainly of two circuit blocks. The “HD Reality Enhancer” in the first block stresses the outline (sharpness) and enhances color gradation (smoothing) of 8-bit video signals that are input. The second block works to convert the 14-bit video signals to 12- to 8-bit signals in accordance with the feature of the panel, on which the video is output. During the process, the circuit slightly increases amplitude of color signals so neutral colors can be rendered to reproduce 14-bit equivalent video even if it is output on a display that can only render 8- or 10-bit video.

The six new Sony Blu-ray Disc recorders can record MPEG-2 TS format digital broadcasts after transcoding them into the MPEG-4 AVC/H.264 format. Minimum data rate that they can directly record HDTV video at is 4Mbps (when recording in LR mode). HDTV video can be recorded for 24 hours on a 50-Gbyte disc. As for Blu-ray Disc playback, the six new models all support BD-Live.