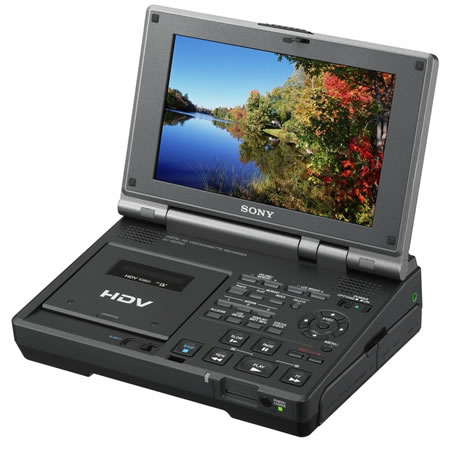 Sony GV-HD700 is world’s first HD Video walkman- a compact, portable device to view and playback both high-definition HDV video and standard mini DV tapes. The Sony GV-HD700 features a WVGA (1,152k dots), 7-inch widescreen (16:9) LCD screen for monitoring video and still images. Its all-scan function ensures that 100% of the recorded frame area is displayed on the screen for accurate reviewing of shots. It can also record HDV and DV signals from an external source for use as a back-up deck as well as transfer still images from tapes to Memory Stick media cards.For convenient operation, any of fourteen commonly-used functions, such as search, index mark and playback zoom, can be assigned to three function buttons. Users can customize the LCD screen by storing up to six set-ups. The unit’s status check mode gives handy on-screen confirmation of key audio, output, assign and LCD settings. 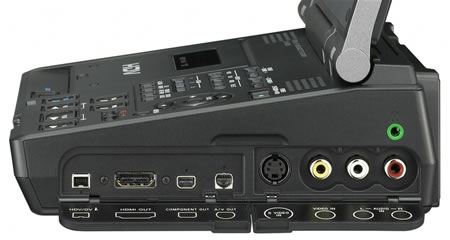 Sony GV-HD700 is equipped with multiple ports for recording and playing tapes from a range of sources, and also has HDMI output for connection to a compatible HDTV or computer monitor. The GV-HD700 can be used with Sony InfoLITHIUM L and M Series batteries. The Sony GV-HD700 will be available in September for about $1,300.