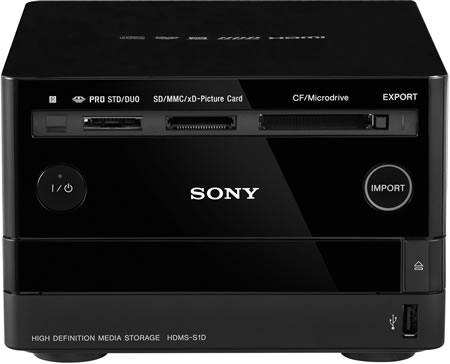 Sony today announced the HDMS-S1D Digital Photo Album for shutterbugs who want to archive, organize and enjoy slideshows of their digital photos. This compact device features an 80GB hard drive, connects to a high definition television via HDMI and showcases up to 50,000 high resolution photos. The Sony HDMS-S1D Digital Photo Album offers several methods for importing photos, including multiple flash memory card formats, CD, DVD, USB or Ethernet. Once imported, photo collections can be managed with the supplied remote control and the device’s intuitive interface. Photos can be organized by date, special occasions such as birthdays and travel (using pre-selected icons), or into as many as 3,000 different photo albums– enough for every major family milestone. The digital photo album also provides the ability to review, edit, rotate, delete and arrange photos for a slideshow or digital scrap booking with Sony’s x-Application features. The HDMS-S1D Digital Photo Album uses Sony’s face detection technology to locate faces in photographs and adjusts the slideshow transitions around the location of faces. 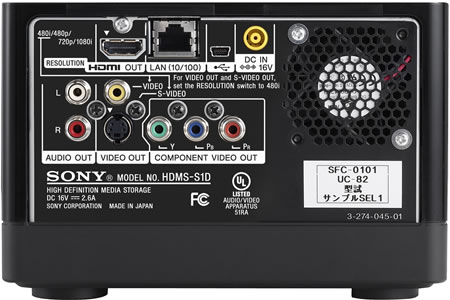 When family or friends request copies of the photos they’ve seen on your HDTV, you can select and save those photos to CD, DVD, or flash memory card. The Sony HDMS-S1D Digital Photo Album will be available in October for about $400.