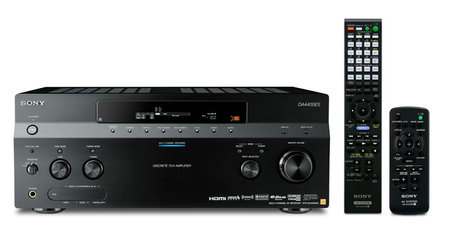 Sony’s Digital Media Port adds control, networking and connectivity options for music playback through various accessories, including a Cradle for iPod, a Network Walkman cradle, a PC client device and a Bluetooth adapter (each sold separately).The 120-watt 7.1 channel Sony STR-DA4400ES receiver will be available in August for about $1,500, 100-watt STR-DA3400ES for about $1,000 and STR-DA2400ES for about $800.