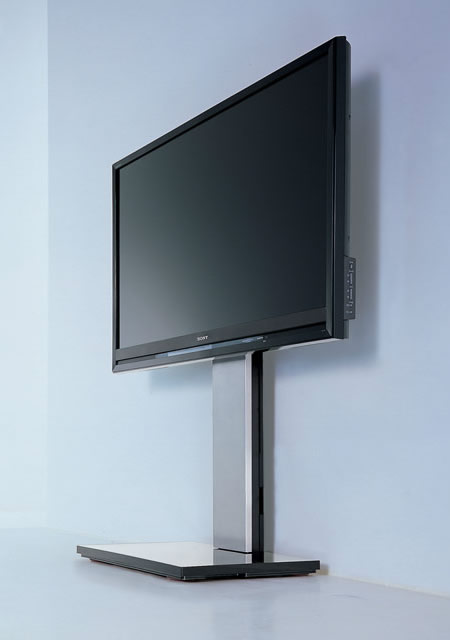 A new addition to Sony’s range of LCD TV’s is the Bravia F series. To be available in three sizes 46, 40 (Full HD) and 32 inches (WXGA) the LCD’s will come in a new glossy paint ‘sapphire black’ with touches of aluminum to give a classy look. Apart from the resolution the panels share common features like 3000:1 contrast ratio, 178 degree viewing angle and a brand new picture quality circuit which controls the noise decrease based on the movement and brightness of every scene. The TV’s can be wall mounted or mounted on the optional metallic stand ‘SU-FL71M’ which sells for an extra 49,350 Yen ($ 460). There is an onboard Digital / Analog TV tuner, 3 X HDMI outputs, the regular AV terminals and USB. Apparently there is also an Ethernet port to access the ‘Application cast’ TV specific content ranging from weather to traffic to shopping information. The speakers deliver an output of 10W x 2Ch, the 46 inch model comes with a sub woofer delivering 20 watts. The remote control works is rather powerful and works on the 2.4 Ghz band so it does not require line of sight and can be operated from almost any angle even in a large room.