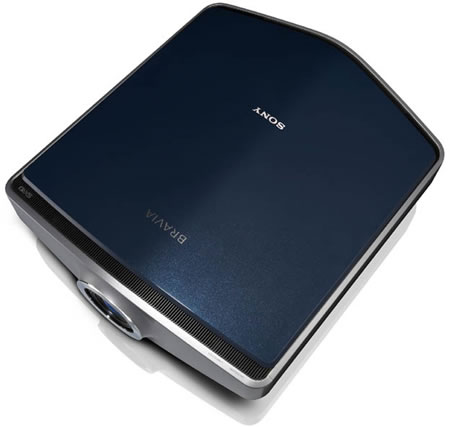 The Sony VPL-VW200 projector offers three motion compensation modes. The model also features a Carl Zeiss Vario-Tesar lens optimized for SXRD, supports x.v.Colortechnology via HDMI, and adds a high output pure Xenon lamp that maintains the ideal color temperature characteristics of red, green and blue for accurate color display. Additionally, the unit is equipped with an Ethernet input allowing for set up and control of the projector from a PC through the Internet. The projector also feature advanced cooling structures that produce a low fan noise of 22dB. The Sony VPL-VW200 projector will be available in October for about $15,000.