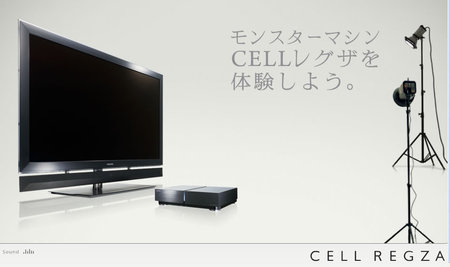 Toshiba today unveiled the future of home entertainment, the CELL REGZA 55X1. This new World’s First1 LCD TV Integrating the Cell Broadband Engine , the flagship of Toshiba’s REGZA line-up, offers viewers state-of-the-art picture quality, including a dynamic contrast ratio of 5,000,000:1, and supports this with ultra-high-speed processing and recording, enhanced navigation and seamless network interactivity. Another distinguishing feature of CELL REGZA is its storage capacity: a 3-terabyte (TB)7 hard disk drive. Two terabytes of capacity are dedicated to the CELL REGZA’s “time-shift machine,”8 which can simultaneously record up to approximately 26 hours of programming for up to eight channels of digital terrestrial broadcasts. The time-shift machine allows viewers to catch up on missed programs simply by pressing the “time-shift machine” button on the remote control. 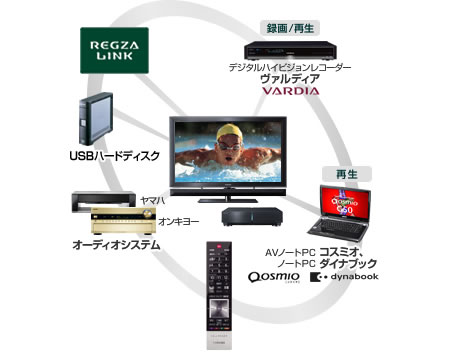 The Toshiba CELL REGZA consists of a striking, slim monitor and a stylish tuner that also integrates the hard disk drive. Both have a smoked aluminum finish, achieved with an alumite10 deposition process that lends the design a feeling of luxury. The remote controller is finished in the same way. Toshiba CELL REGZA 55X1 will be available in the Japanese market from the beginning of December.