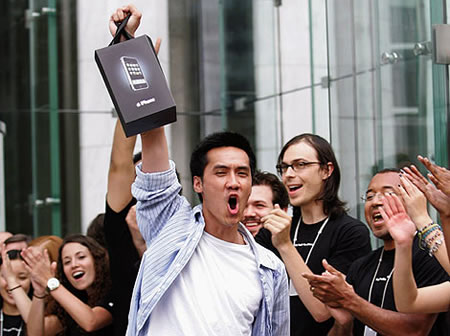 All the way from Norway to New York for iPhone

It seems that iPhone fever has caught every one around the world. Kristian Gundersen flew all the way from Norway to New York to be among the first people to buy Apple’s media-playing iPhone. He described the day as one of the best of his life.”It’s a dream come true. … It’s Christmas, birthday, New Year’s all rolled into one,” said the 23-year-old graphic designer who lined up for nearly 12 hours to buy the music and video playing phone.Gundersen was among several thousand people who lined up – some for up to five days – outside US Apple stores and outlets of AT&T, the exclusive iPhone carrier for the next two years. Stores opened at 6pm local time in each US time zone. 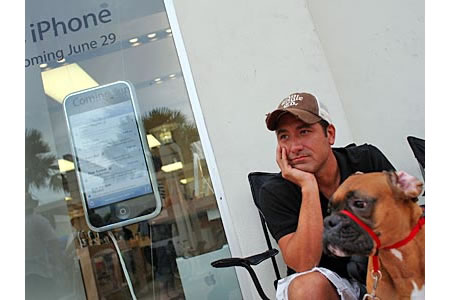 Albert Livingstone who is 62 years old stood in line with his friend Mark Stevenson, 50 in Chicago outside the Apple store to buy this latest gizmo. They rented a room across the street and took turns to sleep. Albert Livingstone’s wife thought he was crazy for lining up overnight in Chicago outside the Apple store. Also in Chicago 50-year-old business consultant James Budd joined the line at dawn to buy an iPhone for himself and for his 95-year-old grandmother because he hoped it would be “simple enough” for her to use.

The iPhone melds a phone, web browser and media player and costs $US500 or $US600 depending on the amount of memory.”It’s just a phone!” a San Francisco construction worker, driving by the Apple store in his pick-up truck, yelled at the waiting crowd. Sorry man no one is listening to you.