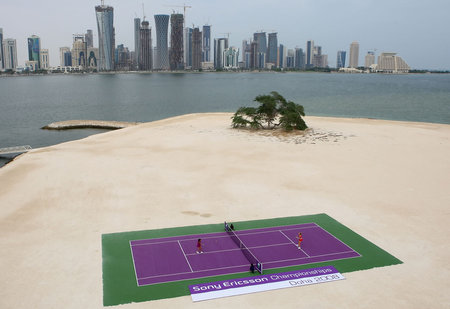 To mark the start of the prestigious Sony Ericsson Championships in Doha, Sony Ericsson staged a unique tennis game in a place that has never been played in before – a desert island. Set against the stunning backdrop of the Doha skyline, Ana Ivanovic and Elena Dementieva rallied on a replica tennis court, specially built for the occasion, on Palm Island in the middle of Doha Bay in the Arabian Gulf. The stunt involved a replica tennis court being constructed on Palm Island, similar to the court in the Khalifia Stadium where the Sony Ericsson Championships are being held. 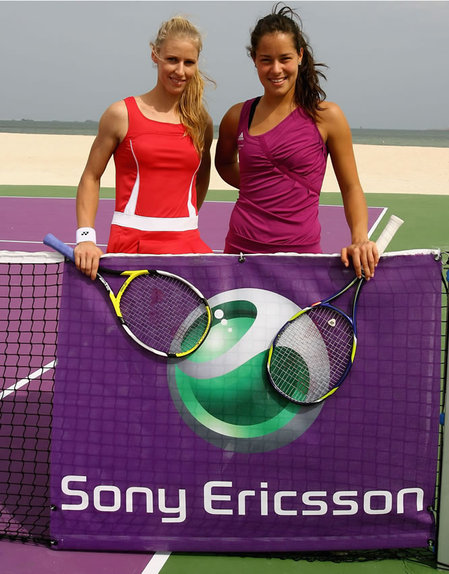 The Sony Ericsson Championships is the prestigious end of season finale to the Sony Ericsson WTA Tour year; and sees the world’s top eight women singles and top four women’s doubles teams compete for the title and a share of record prize money of $4.45 million. The Championships sees female players from eleven countries: Australia, Czech Republic, Japan, Russia, Serbia, Slovenia, Spain, United States and Zimbabwe compete to end the 2008 season on a high.