Apple fans camp out two days before the launch of Apple iPhone in Tokyo!

More than 30 people lined up on Wednesday in front of Softbank Mobile Corp’s flagship store in Harajuku, two days before the nationwide launch of Apple Inc’s iPhone. The iPhone will go on sale at this store at 7 a.m. on Friday, five hours earlier than any other Softbank store in Japan. The iPhone 3G, which Apple is billing as twice as fast and half as expensive as the debut model, will roll out in cities from Tokyo to Sydney on Friday. When the iPhone 3G goes on sale worldwide Friday, Japan will be among the first countries to have it, following New Zealand and then Australia. Lines are starting to form in other countries as well, with the New Zealand Herald reporting Wednesday about a man who began camping out Tuesday night in an attempt to become the first person in the world to own the latest iPhone. 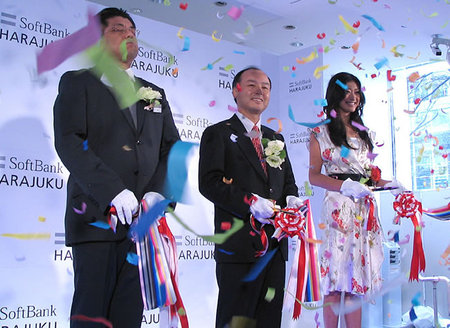 Only time will tell whether Apple can become a significant presence in Japan’s mobile market – one of the biggest and most advanced in the world. While the iPhone offers high-speed web browsing and a button-free touch screen, it lacks functions that have become standard in many Japanese handsets, including mobile terrestrial digital television service and e-money capabilities.