Apple to launch iPhone 5 and LTE enabled iPad by September?

Apple might surprise consumers later this year by releasing two iPhones, according to analysts from two different investment banks. Some call it the iPhone 5, to run the iOS 5 operating system Apple unveiled to developers three weeks ago. The LulzSec leaked AT&T documents have provided the most concrete evidence that the next iPad will be LTE-enabled. Some, anticipating that the new device will be a speeded-up iPhone 4 rather than a major re-design, have been calling it the iPhone 4S, echoing the nomenclature Apple used two years ago when it introduced the iPhone 3GS. 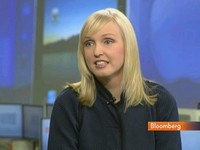 In a note issued early Monday, Chris Whitmore for Deutsche Bank Equity Research told clients to expect both — an iPhone 5 and an iPhone 4S. Chris Whitmore predicted that at the same time Apple releases a fifth-generation iPhone, probably in September, the company will also show off a speedier version of the existing iPhone 4 that consumers will be able to buy for $350 without a contract. Katy Huberty from Morgan Stanley informed investors that production for the next iPhone will “begin ramping up aggressively” from August to the end of 2011. She believed that these devices will be available to consumers by the end of September.