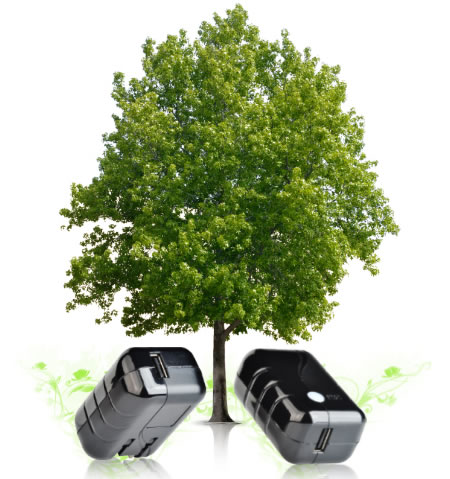 AT&T ZERO Charger is the eco-friendly charging solution for mobile phones. Conventional chargers left plugged in – even when not actively charging – can draw as much as 5 to 20 times more energy than stored in the battery. The advanced, energy-saving AT&T ZERO Charger outperforms other chargers by automatically shutting down when not in use.Vampire draw is 100% eliminated and you’ll never have to unplug your charger again. The AT&T ZERO Charger works by automatically sensing when a mobile phone is not plugged up to the charger and cutting the power supply from the wall socket. The AT&T ZERO Charger will make life easier for customers, with a block and cable design for maximum interchangeability, allowing them to use the same charger for future handsets and will, over time, cut the number of chargers produced, thus reducing future landfill waste.