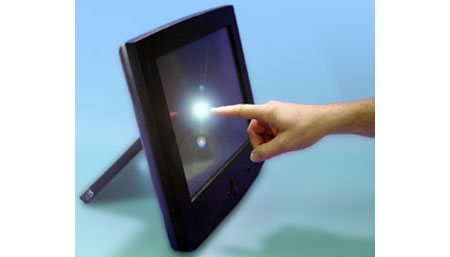 Avago Technologies has developed an innovative new touch screen interface that greatly enhances the operation and navigation of Smart Phones, portable media players, and a wide range of other portable electronic communications devices. This new touch screen technology from Avago is a mutual capacitance, multi-touch controller that is capable of tracking up to four simultaneous touch points without the problem of ghost points that are found in most other competing capacitive sensing technologies.