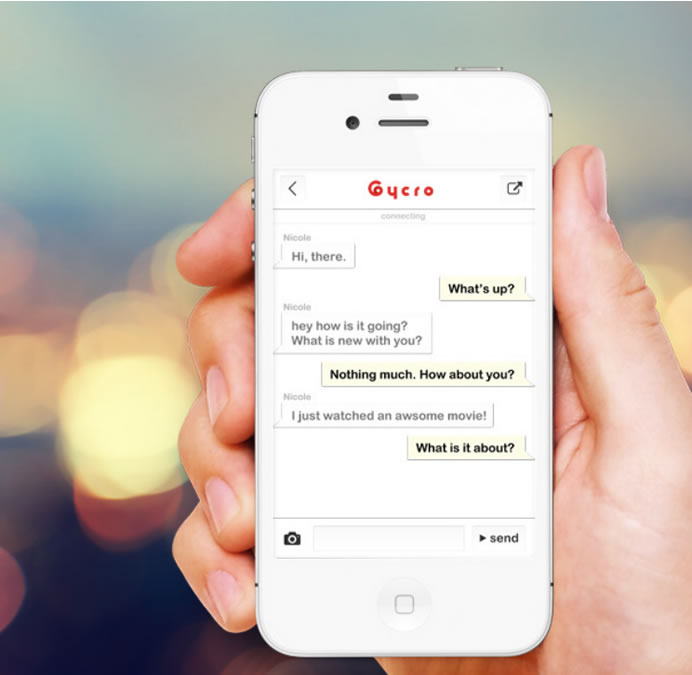 Miraishonen, a Japanese mobile apps developer headquartered in Tokyo, today launched cycro for iOS, a chat app that does not require Internet connection. Its Android version has been released, therefore both Android and iOS users of cycro can now connect each other. Cycro is a chat app that allows mobile phone users to exchange messages with other users within approximately 9 meters range via Bluetooth connection. It does not require an Internet connection, such as 3G, LTE or Wi-Fi. 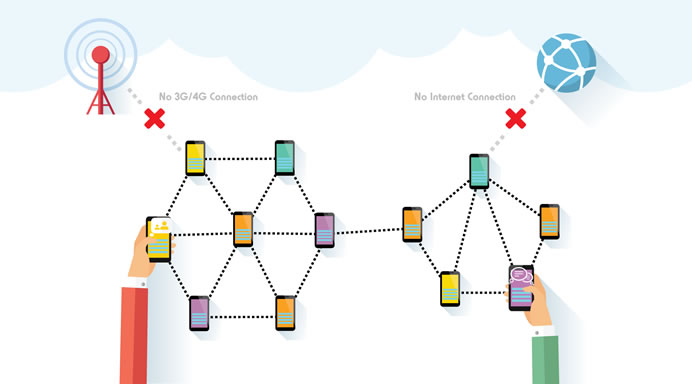 Even if the distance between the sender and the recipient is more than 9 m, if there are other cycro users between them and such devices are mutually connected within 9 m, the messages will be delivered by being relayed through such cycro network. This feature has been already implemented in the current Android version, and will be implemented soon at the next update for iOS. By a new feature which will be implemented in the near future, even in the case that there are not enough relaying devices, if there are some devices with Internet connection among the relaying devices, the missing link will be completed by such Internet connection. 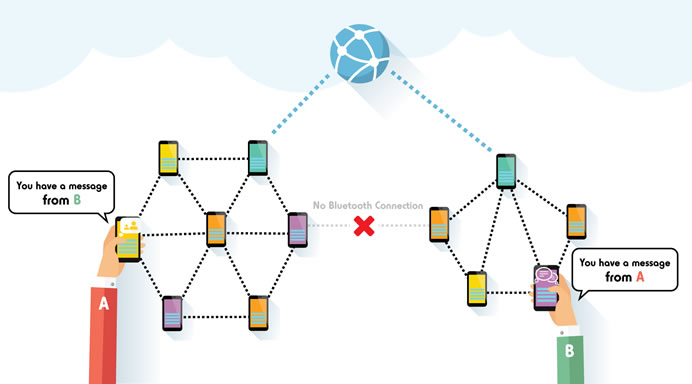 Basically, the devices will be connected via Bluetooth, and the connections with remote users will be complemented by the Internet. Compared with other apps that offer communication via Bluetooth, cycro is more innovative because it offers a long distance message exchange via Bluetooth, realized by relaying messages from device to device. With this function, users can exchange text messages even where the Internet is not available by large-scale natural disasters or other reasons.
The cycro messages are delivered through mutually connected devices, which means the messages would not go through the Internet. The communication using cycro would involve significantly smaller risk of being peeped compared with the case using the Internet; therefore cycro would be ideal for confidential communication such as in-house communication at businesses. Miraishonen is now developing new communication tools utilizing cycro technology, and plans to extend its services globally, mainly targeting North America, from September 2014. 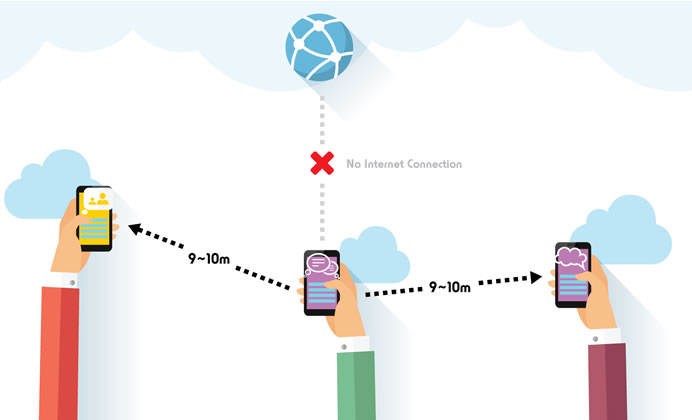