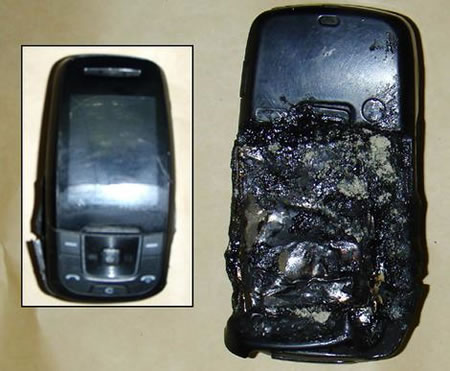 Death of quarry worker was not caused by an exploding mobile phone!

The death of a quarry worker in Cheongwon County, North Chungcheong Province, Korea on Wednesday was not caused by an exploding mobile phone but by a heavy vehicle accident, police said Thursday. Police said a colleague of the victim’s lied about the cause of death to conceal his fault. The colleague identified as Kwon (58), who reported the accident on Thursday, was backing up a hydraulic drill rig at the quarry and accidentally killed Seo (33) by running over. Seo died stuck between the vehicle and a rock. He later told police the cause of death was an exploding mobile phone in Seo’s breast pocket.

Police is investigating the possibilities that the cell phone caught fire under pressure when Seo was crushed or that Kwon set fire the phone to try disguise the real cause of death.