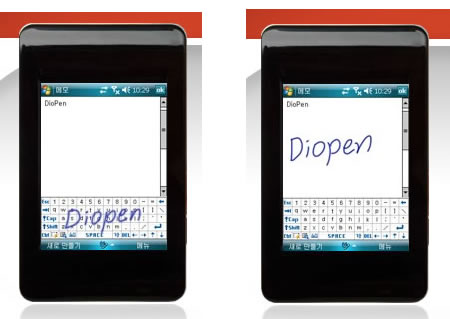 DioPen can recognize Korean, Chinese and English/European characters and digits written in cursive, print or mixed cursive/print with extreme accuracy. In addition to Apple iPhone, DioPen can be easily be implemented with other mobile devices with capacitive touch screen as well as resistive touch screen.