Disney Stich cell phone charger from Century, Japan works with all the latest phones, PDA’s (FOMA / SoftBank 3G) and even has iPod Compatibility. It gives up 40 minutes of power using two batteries so you can chat or listen to your tunes for even longer. To keep you amused, the Disney Stitch eyes light up when it is charged. You can charge the device via USB also. The device connects to emergency calls also. Just pop the Emergency Charger in your pocket and relax, safe in the knowledge that you’ve taken all necessary precautions to avoid a temporary personal power cut. 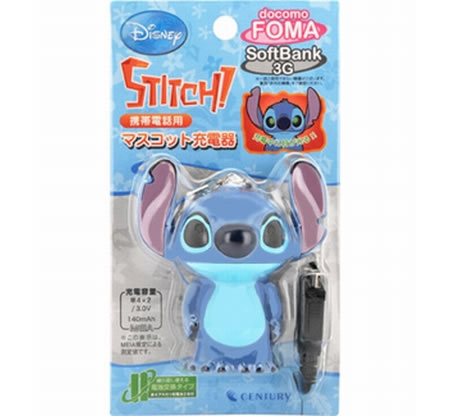