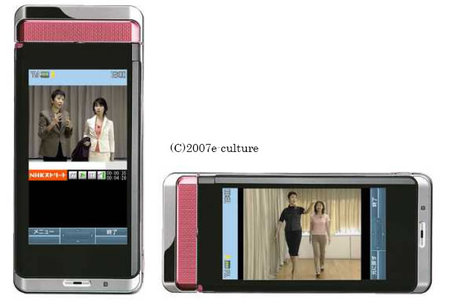 Japan’s national TV station NHK has started from today a mobile web video site- NHK Street. NHK Street is available to Japanese subscribers for 315 Yen ($2.90) per month. The service can be accessed in Japan only. NHK Street allows subscribers to view video in high quality on their handsets, similar to TV broadcasts. Images will be transmitted at a maximum of 30fps, supposedly the highest in the mobile industry.