A new research suggests excessive use of mobile phones can hinder sleep, trigger fatigue and stress and cause mental problems like depression and lack of concentration. At the recent annual meeting of the U.S. Associated Professional Sleep Societies (APSS), Dr. Gaby Badre from Sahlgren’s Academy in Gothenburg, Sweden said teenagers who use their phones excessively are more prone to stress and fatigue. The study focused on 21 healthy people between 14 and 20 years of age with regular work or study hours and without sleep problems. The subjects were divided into two groups. Compared to the control group, who made less than five calls and/or sent five text messages a day, the experimental group made more than 15 calls and/or sent 15 text messages a day. And the latter suffered from increased restlessness, had more careless lifestyles, consumed more stimulating beverages, and reported difficulty falling asleep, disrupted sleep, and more susceptibility to stress and fatigue. Only one-third of them ate breakfast, compared with most in the control group. 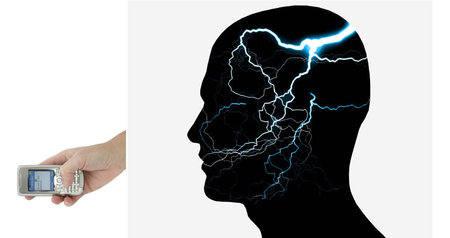 Brain wave scan of children with high mobile use showed a similar sleep cycle pattern to that of a depression patient. Conversely, depressive and impulsive children tended to rely more on mobile phones. Experts say those who are at risk to becoming an addict are nervous without a phone, always tinker with it and are at ease only after making a call or texting someone. Doctors also note that texting can be more harmful than phone calls to mental health and sleep levels. Prof. Ha ji-hyun, of the Department of Psychiatry at Konkuk University Medical Center says, “A call is simultaneous communication, but an SMS is not. You can get nervous while waiting for the response.”