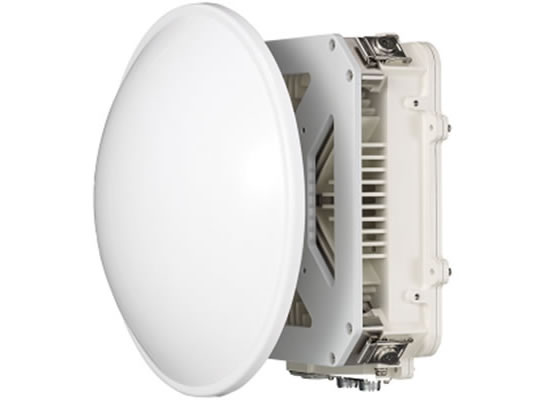 Operating in the millimeter-wave E-band, which allows access to a wider radio frequency spectrum, the BroadOne GX4000 Series from Fujitsu uses Impulse Radio wireless technology to achieve transmission rates of 3 Gbps. In addition, given its compact and lightweight form factor, the BroadOne GX4000 Series is easy to install, and it can be employed in a host of different applications, such as providing service around waterway crossings, where it is difficult to lay fiber-optic cable, as well as for use at traffic-heavy events and for temporary radio relays.