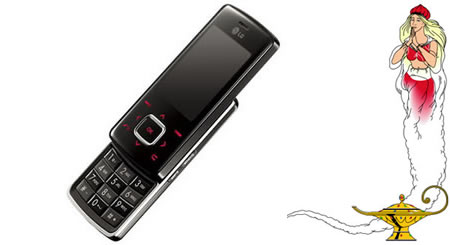 Hi! Mobile feeling hungry take me to the nearest Mac

In the not-too-distant future this fantasy will turn to a reality. According to LG institute, powered by the global positioning system, location-based service (LBS) phones will soon be guiding their owners to nearby restaurants or pharmacies. This concept of the location-based service on cellular phones will be realized in the not-too-distant future. According to Park Dong-uk from the LG institute “It’s like a Genie living inside a handset, instead of Aladdin’s lamp. Technologically speaking, the solution is not so difficult thanks to the fast wireless data transmission of today,”. Park projected that the cell phone will become the individual version of the car navigation system, dubbed a personal navigation device. The widely-used car navigation system needs periodic updates since they are not hooked up to the wireless Internet while the handset-enabled personal navigation system updates on a real-time basis since it is linked to the mobile pipeline.

This way the cell phone will become the individual version of the car navigation system, dubbed as a personal navigation device. The advent of high-speed downlink packet access (HSDPA) is also expected to boost the early take-up of the mobile phones, which double as personal navigation gadget.Presently MP3 players and cameras are the digital devices that were incorporated into mobile handsets. The next killer application at the handset will be LBS.