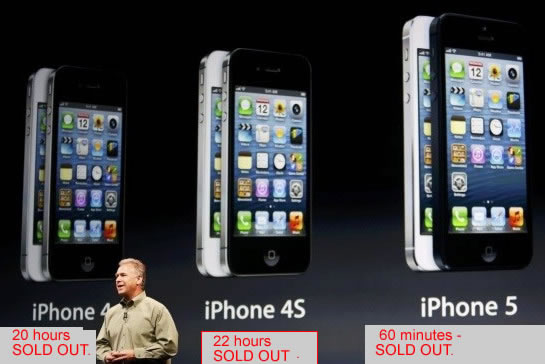 Preoders for the iPhone 5 went live at midnight tonight and, true to form, they went like hotcakes. It took 22 hours for the iPhone 4S and about 20 hours for the iPhone 4 to sell out of its pre-order, launch-day stock. The iPhone 5 took just about 60 minutes. One hour after pre-orders went live tonight; Apple shifted shipping expectations from one to two weeks due to the overwhelming demand. Demand for the phone caused problems on Apple’s website and several of the wireless carriers’ sites, as many users saw error messages as they attempted to buy the phone. While there were no problems for the 4S, the iPhone 4 also had pre-order issues. 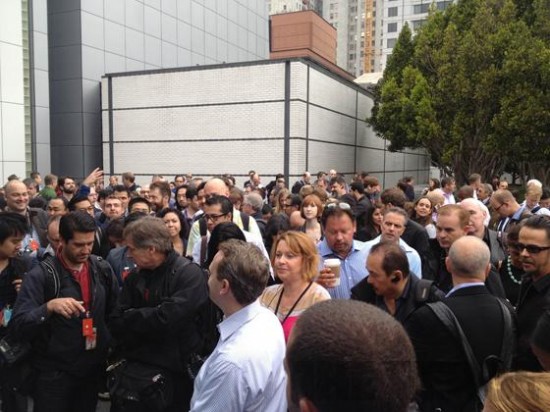 The iPhone 5 was the subject of seemingly endless rumor posts all summer and when it finally was released, it was received positively but didn’t receive the usual level of gushing reviews. The changes look great–the bigger screen and faster Internet are my personal favorites–but the device certainly isn’t so much better than the iPhone 4 and 4s to validate it selling out pre-orders 20 times faster.
Source: