Apple fans flocked to the Softbank’s flagship store in Ginza today morning for the release of new iPhone 4S .At 10 a.m., buyers were still lined up around the block. The first fan arrived Thursday night. Nearly 100 people, all armed with Apple products, set up camp in front of the Ginza store. The iPhone 4S is already a record-breaker for an Apple product, with more than one million sales in the first 24 hours of pre-orders last week. Bidding to build on the proven track record of the best-selling smartphone, Apple says the latest iteration boasts faster speeds, a voice-controlled assistant called Siri and an improved camera. Early reviews have praised the Siri assistant for its ability to handle a wide array of tasks. But in Japan the name has provoked sniggers given the closeness of its name to the Japanese word shiri—a slang term for buttocks.The feature will not support the Japanese language at launch time. 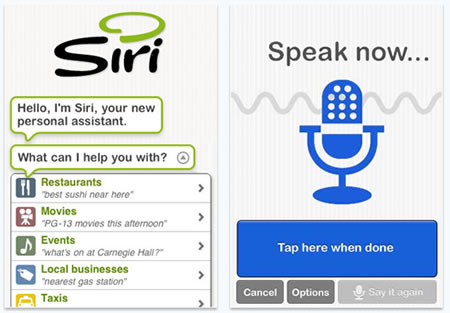 A server problem later forced Softbank to temporarily suspend sales for three hours as its system went down under a flood of orders, leaving it unable to process registrations. The performance of the new iPhone will be seen as an early test for Apple’s life after Jobs, the creative visionary whose death was mourned worldwide by government leaders, industry titans and ordinary fans alike. 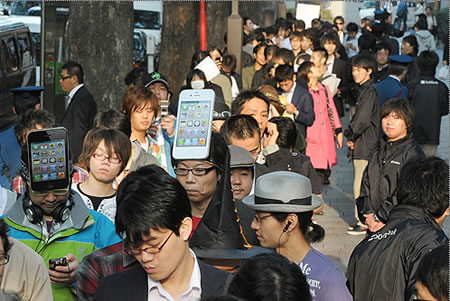 In Japan carrier Smartphone will for the first time no longer be the exclusive iPhone carrier as rival KDDI joins the fray. With the launch of iPhone 4S also comes the launch of iO5, Apple’s latest mobile operating system boasting 200 new features and iCloud, a service that automatically and wirelessly stores content and pushes it to Apple devices.