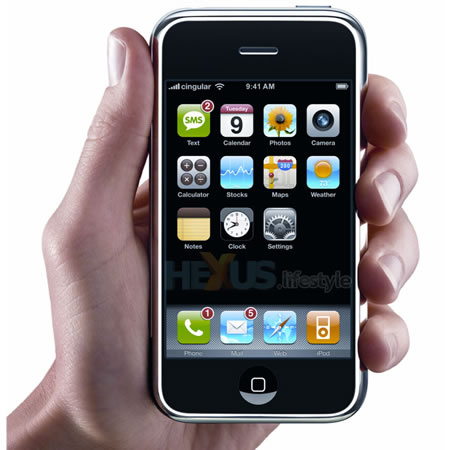 Apple Inc. says its highly anticipated iPhone will have a battery life that supports 8 hours of talk time, better than what the company originally estimated in January. In January, Apple said it would support up to 5 hours of “talk/video/browsing” and up to 16 hours of audio playback. Now the battery will supports 7 hours of video playback, 6 hours of Internet use, 24 hours of music playback, and it will feature up to 10 days of standby time before requiring a recharge. In another change, the iPhone’s touch-sensitive screen will be made out of optical-quality glass; instead of plastic. The optical-quality glass will create superior scratch resistance and clarity.

The iPhone will only be sold at stores owned by Apple Inc. and AT&T Inc., when it goes on sale in the U.S. on June 29. It will also be available at Apple’s Web site. The iPhone will be available in two configurations, $500 for a 4 gigabyte model and $600 for one with 8 gigabytes of storage.