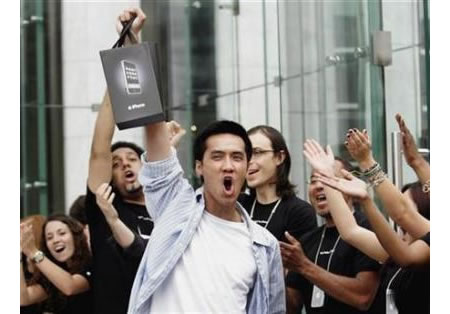 iPhone sale reaches one million within 74 days after launch

Apple reached the milestone of selling one million iPhones almost three weeks ahead of schedule. The milestone came 74 days after Apple launched the device in a much hyped way. Apple earlier had forecast that iPhone sales would hit the 1 million mark by the end of this month. It took almost two years to achieve this milestone with iPod.

Apple announced last week to cut the price of its 8-gigabyte iPhone by 200 dollars to 399 dollars, and said it would discontinue the 4-gigabyte version of the iPhone. Apple expects to sell 10 million sets of iPhone next year.