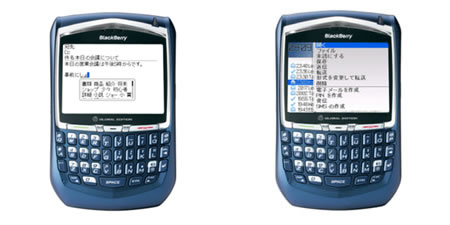 The Blackberry 8707h device and service will be distributed exclusively through DoCoMo’s corporate business division. DoCoMo will exhibit the Blackberry 8707h at its booth at Wireless Japan 2007, which takes place at Tokyo Big Sight from July 18 to 20.