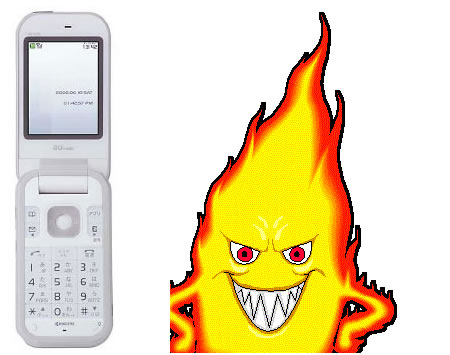 KDDI Corp, Japan called on users of its W42K cell phone model to apply caution Friday, saying some battery packs of the cellphone may short-circuit, generating smoke and blowing up. The mobile phone service provider, known for its ‘‘au’’ brand, said it received 13 complaints from users of the cellphone manufactured by Kyocera Corp, including three users who reported suffering a burn injury. A total of 214,000 units of the W42K model are currently being used in Japan.

Some of the battery packs short-circuited after cracks or dents were found on them after the cellphones had been subjected to some kind of outside force, KDDI said.