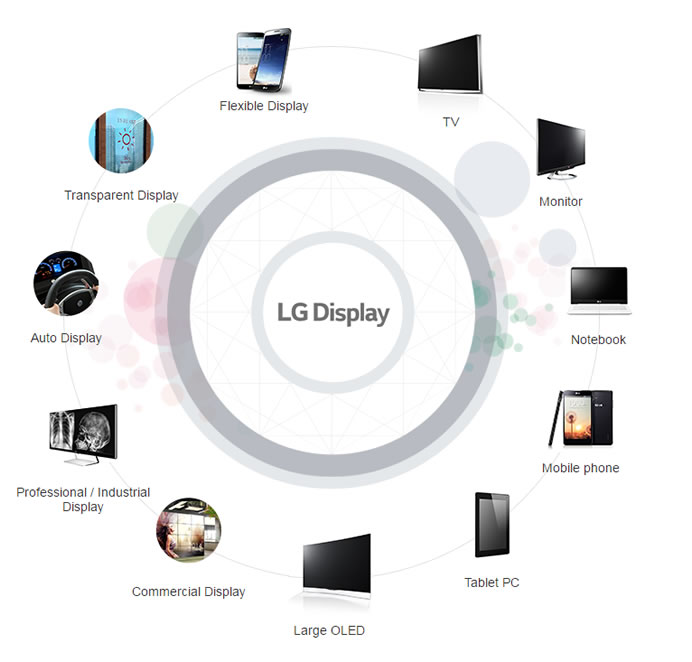 LG Display announced today the world’s first 5.7-inch QHD+ LCD panel with a 18:9 aspect ratio mobile display. The most notable feature of the new LG mobile display is its “18:9 aspect ratio.” Displays, which take up the largest area of smartphones, have evolved from an aspect ratio of 4:3, to 3:2, 5:3 and 16:9; lately, a 17:9 ratio display has been introduced. Due to increasing consumer demands for bigger screens, LG Display developed the 18:9 aspect ratio display to provide more immersive viewing experiences. QHD refers to a resolution of 1,440×2,560 – four times the number of pixels on a standard HD display (720×1,280), which employs 538 Pixel per Inch (PPI), based on a 5.5-inch panel. LG Display’s new 5.7-inch panel called QHD+, has a resolution of 1,440×2,880 with 564 PPI, which is higher than conventional QHD LCDs. The 18:9 aspect ratio is also optimized for multi-tasking, using dual-screen functions.

The new LG 5.7-inch QHD+ LCD panel not only provides excellent touch responses, but also helps achieve a thinner and lighter smartphone due to the absence of Touch Cover Glass. The module (excluding the cover glass) is super slim, being less than 1mm thick, and has reduced bezel width by 0.2mm (20 percent) on top, and by 0.54mm (10 percent) on the left and right sides, compared to conventional QHD LCDs. LG Display has also improved the outdoor visibility of the panel by increasing transmittance by 10 percent, while reducing power consumption by 30 percent. LG Display will supply the panel to LG Electronics for its next flagship smartphone this year.