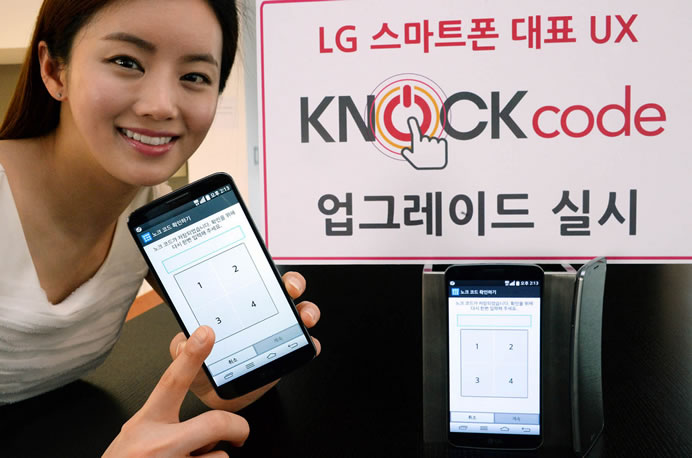 LG Knock Code with more than 80,000 possible combinations to feature in LG smartphones

As announced at Mobile World Congress last month, Knock Code will be a key feature in LG smartphone models this year, including G Pro 2, G2 mini, F Series and L SeriesIII. The consumer benefits of LG’s Knock Code technology are obvious in its ability to wake and unlock the phone simultaneously, providing more convenience and greater security over conventional password and pattern-based security options. With Knock Code, the smartphone display is divided into four invisible quadrants. The user taps or knocks anywhere from two to eight times in the quadrants in a specific sequence. With more than 80,000 possible combinations and no fingerprint streaks, Knock Code offers a level of security far greater than other devices, even those with fingerprint recognition systems. 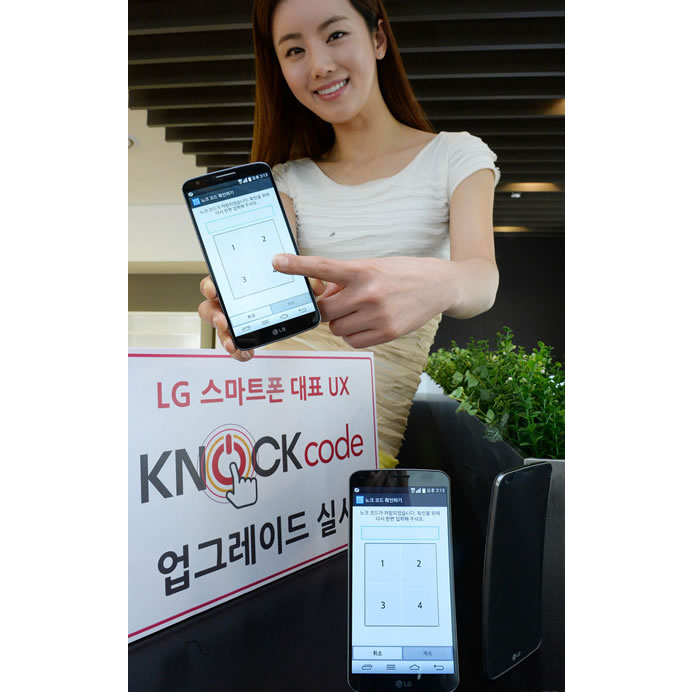 As Knock Code can be implemented anywhere on the screen in any size without having to view the screen, there’s no chance of password theft. In addition to being safer and more convenient, Knock Code is also more responsive compared to bio-recognition systems, which are much more susceptible to variations in the environment. LG will make its innovative Knock Code feature available on earlier LG smartphone models via a firmware update starting in April. Owners of LG G2 and G Flex in specific countries will be the first to receive the Knock Code update which will give users instant access to their smartphones via a customized knock pattern.